Most people in Holland have bikes rather than cars. You see bikes everywhere. Check out the bikes parked up near the station at Utretcht, a town Mum and I caught the train to and to which Eli and Dad biked. 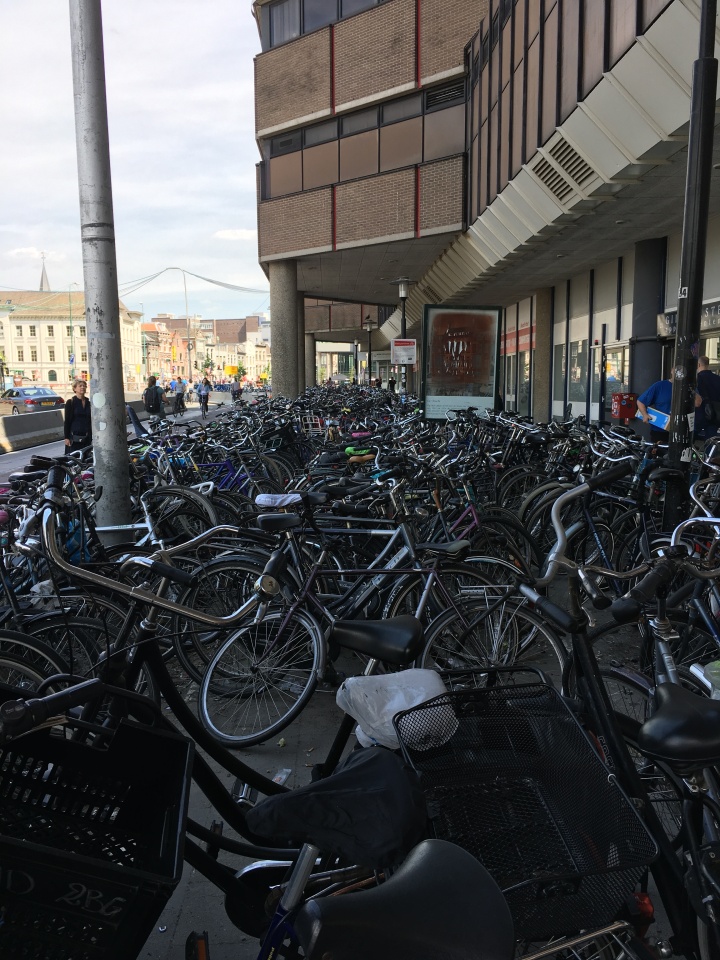 Did you know that you don’t need to wear a helmet and that bikes have their own roads.  These even have traffic lights.

Cars often have to give way to bikes – the markings on the road let them know that bikes get to go first. There are bike paths everywhere – through the forest, across the country, through the city. We even took our bikes on a little ferry across the river Rhine. 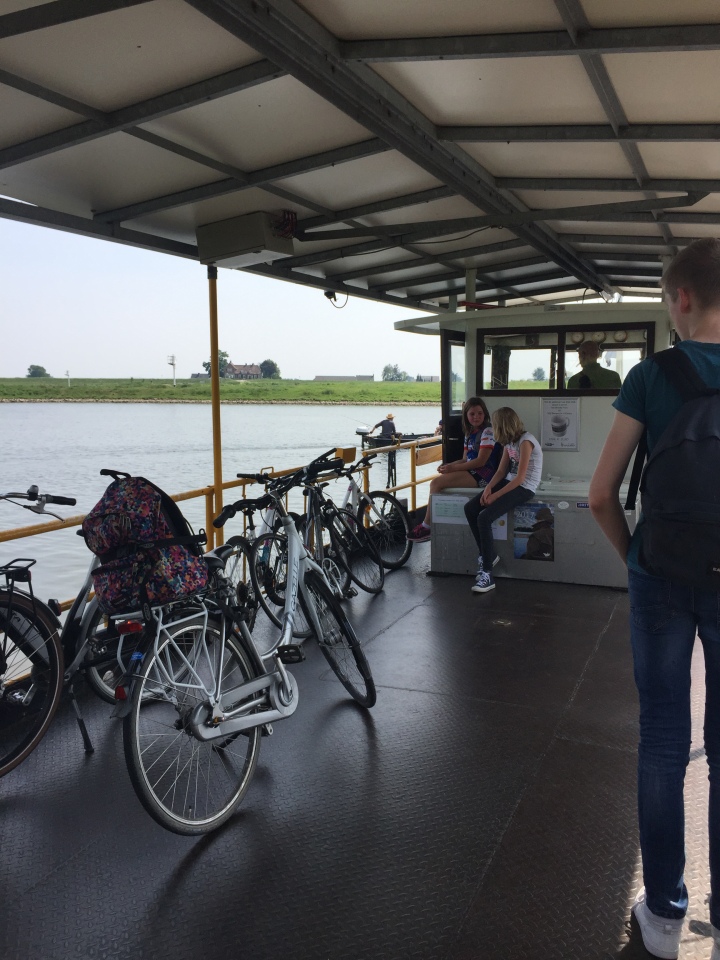 I used my friend Ruby’s bike and she used mine.  It felt really different as her bike had a lower bar and had pedal brakes.  She also had bike bags and i used those to carry things in.

Now we are in Germany we are still using our bikes, even though there are less bike paths.  Here is Eli and I biking in Cologne right near the big cathedral. 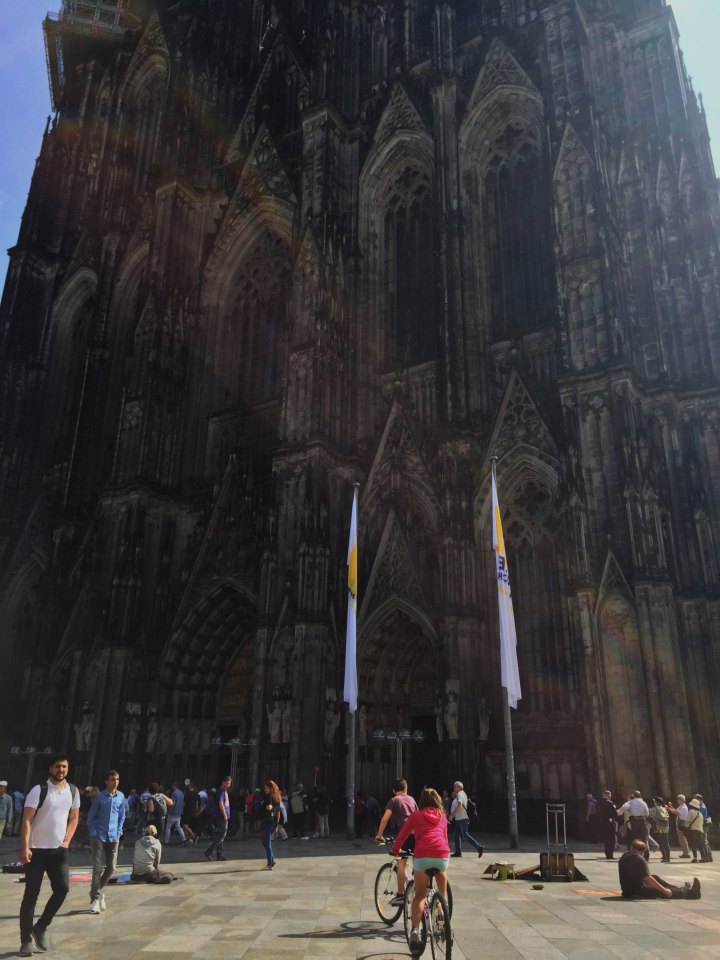 One thought on “Cycle Nation”